This is the name given for measuring intraocular pressure. It is performed on each eye separately, and usually at different times on the same day to record a 24hour variation (tonometric curve).
The upper limit of normal values for intraocular pressure is considered to be 22 mmHg. In no case, however, is the pressure value to be considered a diagnosis, and must always be evaluated in combination with all clinical and laboratory data to determine whether the patient needs treatment or not. Moreover, as previously mentioned, the values that are "within normal range" are not necessarily safe and do not exclude the possibility of an incipient or existing damage to the optic nerve.

Gonioscopy is the direct view of the angle by the ophthalmologist using a special lens that is applied to the cornea (ie touching the eye). This test can unambiguously determine the range of the drainage angle as well as any possible pathological deposits that can obstruct it.
There are several systems to grade the range of the angle, but the term "narrow-angle" is usually used to describe the short "distance" between the iris and inner surface of the cornea which anatomically restricts the outflow of aqueous humor and may lead to an increase in pressure . 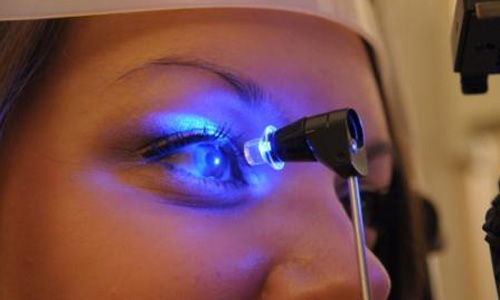 Fundoscopy examination of the optic disc

Even before glaucoma reveals its first symptoms, the ophthalmologist is able to determine the morphological changes of the head of a damaged optical nerve (which is called the "optic disc") with a simple fundoscopy examination
With this examination, which is ideally performed with the use of eye, the interior of the eye, which in its entirety is called the fundus, is examined via the eye's pupil (the black hole in the center of the colored iris).
The ophthalmologist will assess changes some of which are thinning of the nerve fiber layers, increased normal cupping the optic disc, altered the course of vascular route, microhemorages etc. in order to determine the extent of damage. 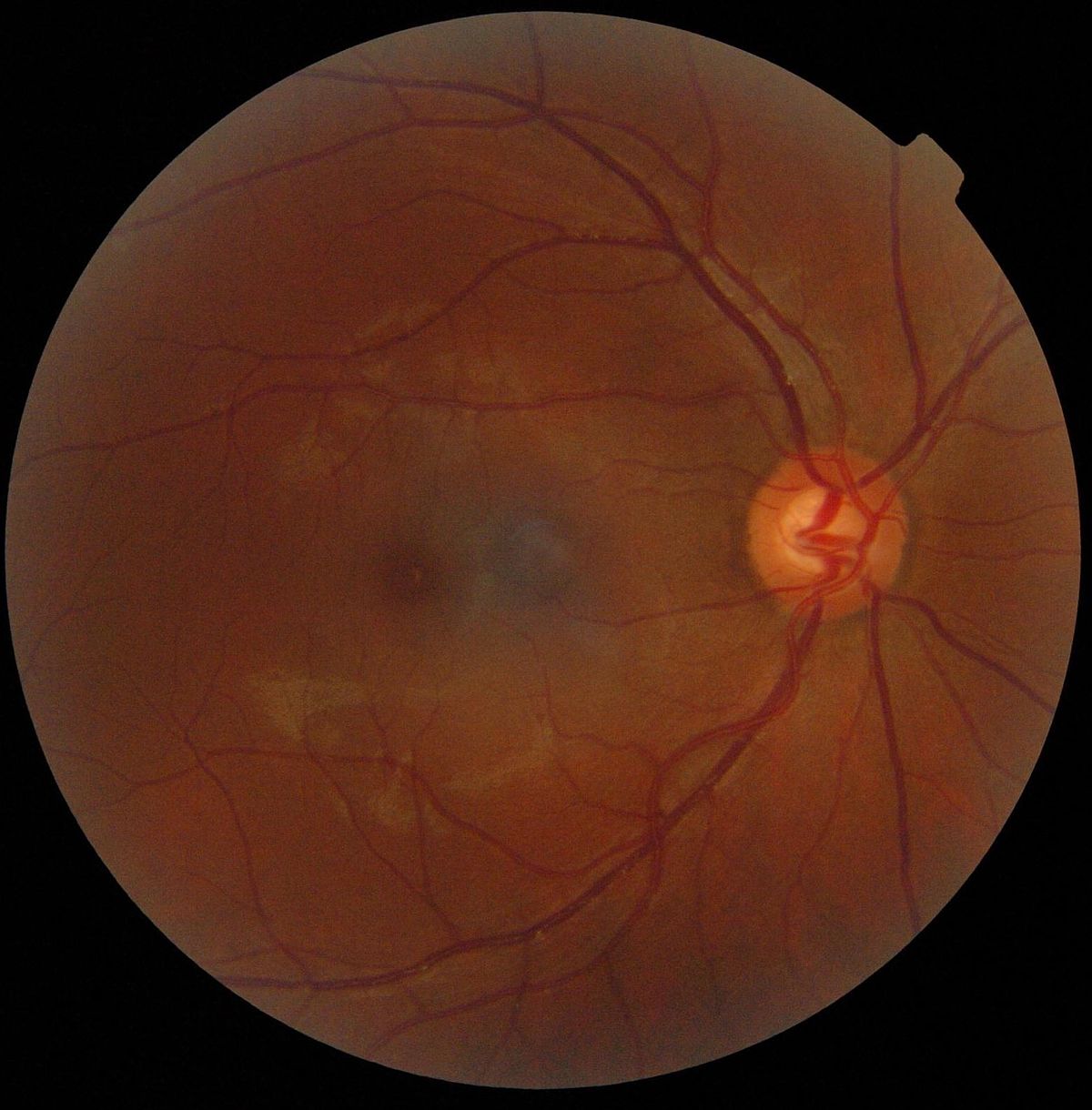